Size: 87 mb.
Thunderous Business takes place in the same universe as Devilish Business: a universe in which belief is power. You play as a recent college graduate who has a not-so-chance-encounter with Zeus, a god dying from lack of belief. He offers you the mantle - and powers - of High Priest in a last ditch attempt to revive his following and save him from eternal oblivion. As High Priest, it is your job to spread the faith throughout your city, and maybe even beyond.​

Taylor can now be invited to your place.
Taylor can now be invited out for dinner (again).
Melissa can now be invited out as a wingman to recruit Elena/Liv.
Nihal's bar sex scene is now repeatable.
Dana's office sex scene is now repeatable.
Players now receive the proper amount of mana when sleeping after a sex scene.
Reformulated mana generation to prevent farming it by sleeping for 1 hour at a time. (thanks hngg)
Fixed a bug which allowed you to enthrall Sophia multiple times. (Thanks AJLee7385).
Fixed a bug which caused you to re-rescue Melissa. (Thanks AndySavage)
Fixed a bug which made Melina too susceptible to Enthrall.
Fixed a bug that allowed you to take Taylor out immediately after inviting her to dinner. (Thanks walrus13)
Patricia now shows up more often on the next day.
Fixed an issue where Surmount didn't work when it was supposed to.
bawdy baron male protagonist mind control paranormal fantasy real porn 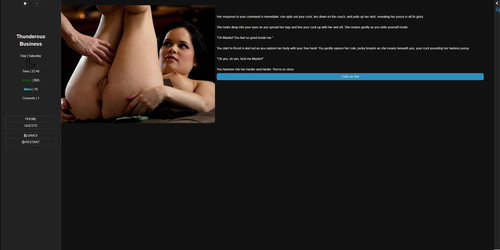 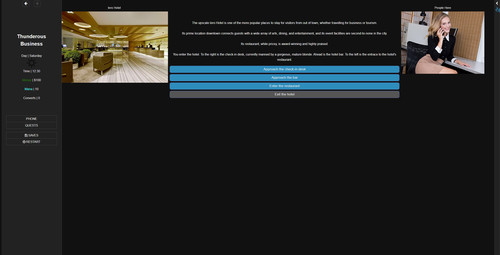 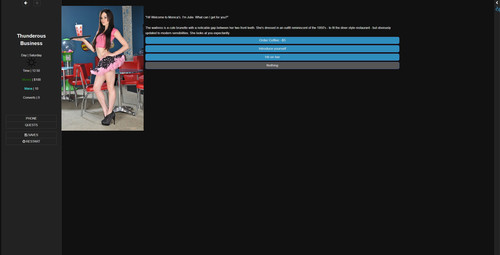